Bookclub: Women Who Run With The Wolves

Bookclub: Women Who Run With The Wolves 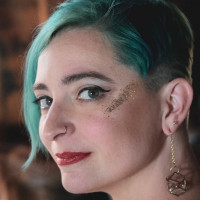 Alyssum is a cheerful and multi-talented woman with extensive scientific, policy, and creative training. Her love and appreciation of the natural world began at an early age as her family raised rabbits, built a home in the Kentucky hills sandwiched between State Park and National Forest, and then took a year to live aboard a sailboat. She holds a B.S. in biology from the University of Kentucky, an M.A. in international environmental Policy from the Monterey Institute of International Studies, and spent several years in veterinary school. Engaged and ebullient, dedicated and diligent, she has taught and performed nationwide as a bellydancer; she gave a TEDx talk about innovation through contortion; and became the 2nd woman to solo kayak the Mississippi River from source to sea, documenting plastic waste and water quality along the way.  She is now editing a memoir of her many adventures, and works as an authenticity coach.

As a facilitator, Alyssum has been described as, “masterful, patient and clear –and approachable and friendly.”

Alyssum says, "After years of frustration in my professional life, but otherwise leading a fairly happy life, I realized that I am most fulfilled I when I do exactly what feels good at a deep soul level, no matter what society or family values suggest are the 'best' decisions. I want the world to be a better place which I believe involves a world in which our authentic selves shine.  Helping others reach this is incredibly fulfilling work.  Let's do this together."